The LP release presents the reissue of a little-known, but extremely beauty, Post-Minimalism album composed by Wayne Siegel when he was mid-twenties. Moved from US to Denmark, between 1979 and 1980, he began to investigate possibilities of a very personal language, contributing to mould the heterogeneous kaleidoscope of Post-Minimalism results. These works are constructed around a relentless musical process that consists of delaying and repeating every element in a certain measure, without intentional alteration. Siegel called this process canon technique, letting it to become over time his nutritious obsession. Black Sweat Records proposes the awaited reissue of Siegel’s LP. Compared to the original 1983’s release by Danish label Paula, are now included authentic pictures from the performance of Domino Figures, so that finally return visual results of SIegel’s works as part of his contribution to contemporary arts. Moreover, the present reissue presents precious liner notes written by the author, echoing the current value of his experimental approach to the sound practice. 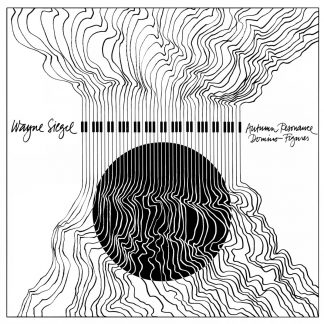 You're viewing: Wayne Siegel
Autumn Resonance / Domino Figures 16,00€
Add to cart
We use cookies on our website to give you the most relevant experience by remembering your preferences and repeat visits. By clicking “Accept All”, you consent to the use of ALL the cookies. However, you may visit "Cookie Settings" to provide a controlled consent.
Cookie SettingsAccept All
Manage consent

This website uses cookies to improve your experience while you navigate through the website. Out of these, the cookies that are categorized as necessary are stored on your browser as they are essential for the working of basic functionalities of the website. We also use third-party cookies that help us analyze and understand how you use this website. These cookies will be stored in your browser only with your consent. You also have the option to opt-out of these cookies. But opting out of some of these cookies may affect your browsing experience.
Necessary Always Enabled

Performance cookies are used to understand and analyze the key performance indexes of the website which helps in delivering a better user experience for the visitors.

Analytical cookies are used to understand how visitors interact with the website. These cookies help provide information on metrics the number of visitors, bounce rate, traffic source, etc.

Advertisement cookies are used to provide visitors with relevant ads and marketing campaigns. These cookies track visitors across websites and collect information to provide customized ads.

Other uncategorized cookies are those that are being analyzed and have not been classified into a category as yet.