Originally released on tape by Sound Reporters in 1986. Ethnoelectronics is a further episode of pioneering fusion between ethnic and electronic music, involving dauntless explorers such as Walter Maioli, Nirodh Fortini, Fred Gales, Raffaele Serra, John Zandijk and the visionary sculptor Edward Luyken. As the soundtrack of an obscure science-fiction saga, the six parts of these recordings retain something profoundly osmotic and sidereal. In these hybridizations, it’s the heart of personal spiritual cosmos and stratospheric portals to pulse, but always remains the devotion to wild nature and ethnographic differences. In this way, the sinusoidal movements of electronic synthesizers and radiophonic frequencies interact with the pounding sounds of the jungle, with frogs, sea waves, buzz insects, leaves and rain. From flutes, rattles, steel sound sculptures or rustling idiophones, mysterious samples appeared like weird interferences, with rhythms and ritual voices from Tibet, West Papua, Burundi, Tahiti or the shamanic Japan of the Ainu. 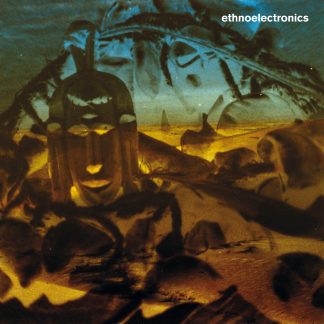 You're viewing: Walter Maioli, Fred Gales, Nirodh Fortini, Raffaele Serra, John Zandijk, Edward Luyken
Ethnoelectronics 14,00€ – 24,00€
Select options
We use cookies on our website to give you the most relevant experience by remembering your preferences and repeat visits. By clicking “Accept All”, you consent to the use of ALL the cookies. However, you may visit "Cookie Settings" to provide a controlled consent.
Cookie SettingsAccept All
Manage consent