This 8 track acoustic guitar album is a big change for the experimental musician Maurizio Abate. After many years of psychedelic albums in which improvisation was combined with a creative recording process, he composed an entire album based on a more traditional method: acoustic guitar solo.During winter 2014 he organized a series of italian screenings preview of the documentary “ In Search of Blind Joe Death: The Saga of John Fahey” and that occasion encouraged Maurizio to experience the guitar solo language.After playing these compositions at live shows, Maurizio decided to record the tracks in an almost definitive way, nevertheless the live interpretation of the songs is always different and mutating.He recorded alone in his house between Christmas 2014 and new year’s day on a reel tape recorder, performing acoustic guitar and, in a couple of songs, electric guitar and harmonica.”Loneliness, Desire and Revenge” it’s an intimate and confidential album, it evokes moods and emotions of the musician during the past 2 years.

Be the first to review “Maurizio Abate
Loneliness, Desire And Revenge” Cancel reply 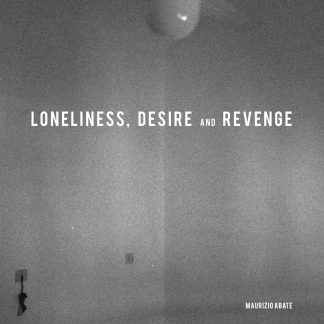 You're viewing: Maurizio Abate
Loneliness, Desire And Revenge 16,00€
Add to cart
We use cookies on our website to give you the most relevant experience by remembering your preferences and repeat visits. By clicking “Accept All”, you consent to the use of ALL the cookies. However, you may visit "Cookie Settings" to provide a controlled consent.
Cookie SettingsAccept All
Manage consent