A mysterious sound aurora on the magical paths of the infinite universe of percussion, originally released in 1985 and then almost completley lost. The well-educated drummer Tiziano Tononi, together with David Searcy and Jonathan Scully, while working at the temple of classical music, Il Teatro alla Scala of Milano decides to realize a personal compendium of sounds using only purcussion instruments. The recording offers to us an amazing concert of sounds with acoustic purity, in perfect balance between wild rhythm and deep relaxation. Ecstatic elements of Japan ambient minimalism dialogue with contemporary musical solutions (Varese, Ligeti), in the stream of a harmonious fusion of ancient and modern. It’s a propitiatory ceremony of supernatural happenings that open portals of blissfulness, tribal and shamanic darkness, and,timeless jungles. Between amazon fires and African safaris, we float in the Asian rivers of meditation, lost in water games, echoes of caves and rocks in the night, synergies of frogs, birds, snakes, marimbas, chimes, gongs, and wooden drums. 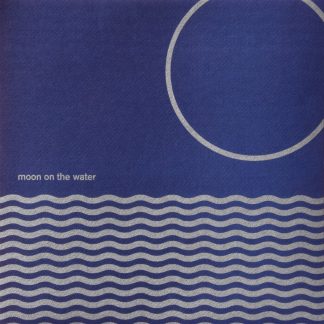 You're viewing: Moon On The Water
Moon On The Water 14,00€ – 16,00€
Select options
We use cookies on our website to give you the most relevant experience by remembering your preferences and repeat visits. By clicking “Accept All”, you consent to the use of ALL the cookies. However, you may visit "Cookie Settings" to provide a controlled consent.
Cookie SettingsAccept All
Manage consent