The eclectic sensitivity of the composer Roberto Laneri (Prima Materia) looks unparalleled in the Italian avant-garde context. Anadyomene, published for the first time in 1987, shows the myth of Venus in a dystopian and dreamlike world. Laneri conceives a sound poem that opens up to the archetypal dimension of the water creation, through the symbol of bivalve conch, the myth of the feminine power is narrated thanks to the verses of the renaissance poet Angelo Poliziano. Creating a daring connection between western and eastern music, travelling on the Mediterranean sea, the contemporary technologies and techniques revive and re-read ancient musical practices: contrapuntal structures and minimal electronic procedures venture into exotic analogies, strange Renaissance allusions, Middle Eastern and Mediterranean repertoires. Among otherworldly fairy voices, symphonic wandering pathos, aquatic disturbances, Indian Hindustani echoes or psychedelic radiances. A special relationship between space and time, architecture and music, the manipulation of sounds conceived as the art of memory in its various meanings of preservation, transformation and distortion.

Be the first to review “Roberto Laneri
Anadyomene” Cancel reply 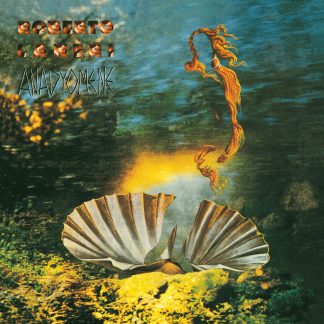 You're viewing: Roberto Laneri
Anadyomene 16,00€
Add to cart
We use cookies on our website to give you the most relevant experience by remembering your preferences and repeat visits. By clicking “Accept All”, you consent to the use of ALL the cookies. However, you may visit "Cookie Settings" to provide a controlled consent.
Cookie SettingsAccept All
Manage consent