Probably one of the most underestimate artist of electronic of the early ‘80, has been lately rediscover. Expert modulator of electronic and natural sounds, with this work Emmanuel seems to recall and reflect exstensively on that poetics of the cyclic and mantric sound investigated by other pioneers as Terry Riley and La Monte Young. The micro-tonal pattners of the compositions are animated by dense and minimum pulses that amplify the hypnotic and meditative dimension and can be coloured by tibetan suggestions or guitar glissandi of nocturnal taste. In this way the “Echoes from ancient caves”, originally appeared only on tape in 1981, is ideally connected to the previous experimentations of “Rain Forest Music (1981) and Wizards (1982).

Be the first to review “J.D. Emmanuel
Echoes From Ancient Caves” Cancel reply 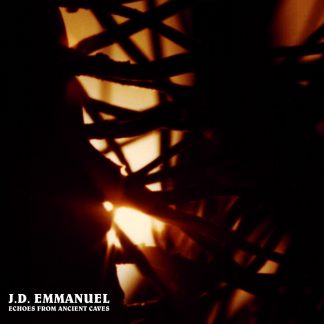 You're viewing: J.D. Emmanuel
Echoes From Ancient Caves 16,00€
Add to cart
We use cookies on our website to give you the most relevant experience by remembering your preferences and repeat visits. By clicking “Accept All”, you consent to the use of ALL the cookies. However, you may visit "Cookie Settings" to provide a controlled consent.
Cookie SettingsAccept All
Manage consent